Spent my 34th birthday in Hawaii on Oahu's North Shore.  Famous for surfing and lovely beaches like this one... 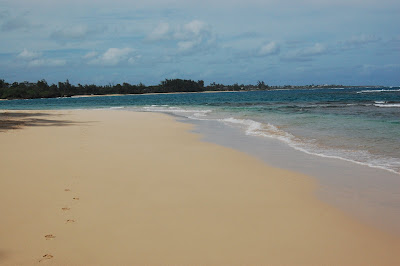 Our first day.  Noah taking a dunk in Waimaea Bay. 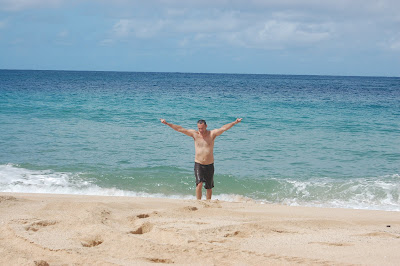 Wearing a bikini in February!  Life in Hawaii is rough... 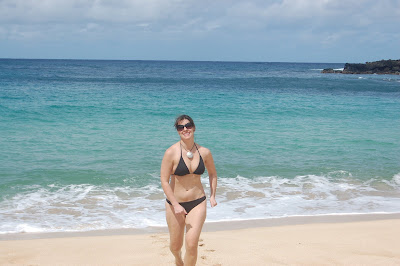 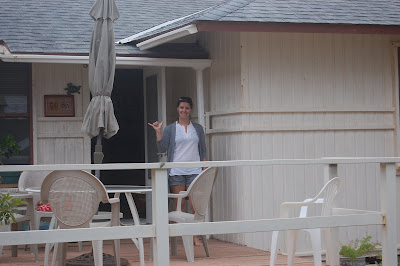 A rare moment of us in public with other tourists.  Tried to avoid them like the plague! 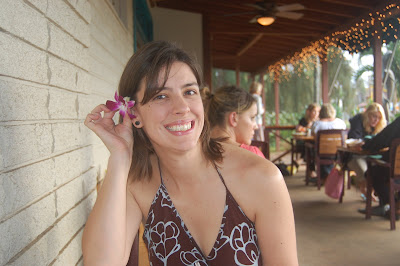 This is how we spent most of our time.  Nobody on the beach but us! 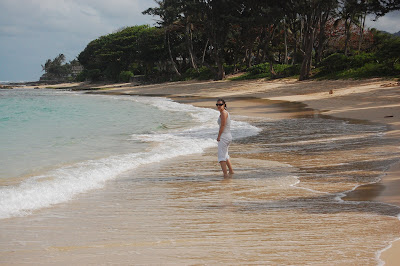 The main reason Noah came.  This is the famous Bonzai Pipeline surf break.  Watching this Noah said, "I've been dreaming about this since I was twelve".  Look close inside the wave and you can see a boogey boarder.  It really shows how big this wave actually is. 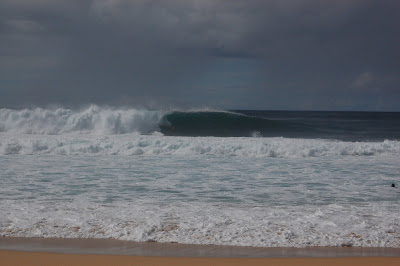 The falls at Waimeae Bay Botanical gardens.  You can swim in the freshwater pool.  A scene in Lost was filmed here. 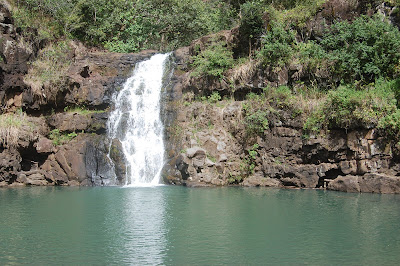 Some kind of ginger. There were so many flowers and plants to ooh and aah over. 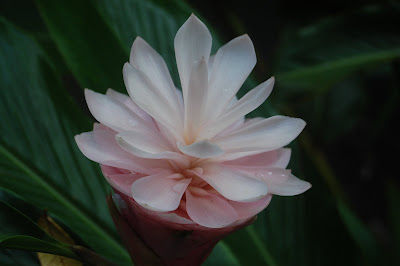 The view I was oohing and aahing over! 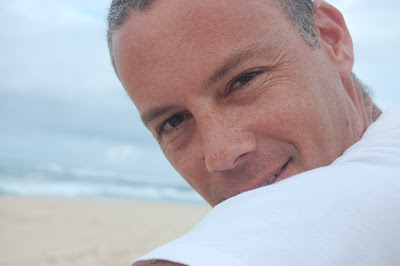 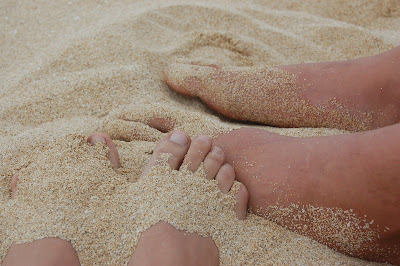 Great pictures. I love your feet and toes what a way to finish your Hawaii photos. The memories will be with you forever now. So happy for you that you could experience such a beautiful place. Thanks for sharing your pictures with us.

Happy Birthday! What a wonderful way to celebrate. I'm so envious!